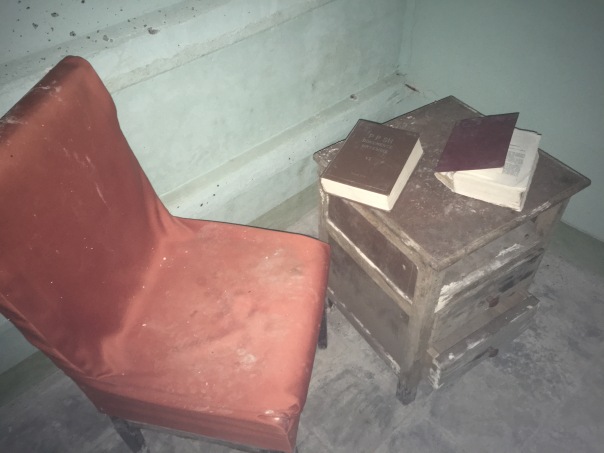 Enver Hoxha, Albania’s dictator from just after World War II until his death in 1985, was born in Gjirokastra. So was Ismail Kadare, Albania’s most famous writer—but to call him that is to undershoot by miles. To the rest of the world, Kadare is Albania’s only famous writer, although that doesn’t make him beyond compare. Think of someone like Mario Vargas Llosa, Peru’s only well-known literary export.

Think of Vargas Llosa too because he and Kadare have some similarities. They were both born in 1936, are both still alive, by and large expatriates (Vargas Llosa in Madrid, Kadare in Paris), and both have made their careers by speaking truth to political power. (It was Vargas Llosa who, on a prominent stage, made the indelible comment about Mexico that it was “the perfect dictatorship” because it was camouflaged not to look like one.) Kadare’s early books, written in the 1950s and 1960s under Albania’s nominally communist boot (in fact a fascist regime), were banned in his home country. But as Kadare’s international reputation grew, Hoxha was shrewd enough to recognize the cultural and thus exchangeable capital Kadare embodied, and didn’t entirely censor him. Kadare even became an occasional writer for the state, traveling to China on diplomatic missions and going to Vietnam during the American war, where he reported from the side of the Vietcong, via Albania’s alliance with Mao’s China.

Kadare’s writing continued to run him afoul of the government, and at least one of his manuscripts had to be smuggled out of the country for publication, but he didn’t claim asylum in Paris until 1990, just before the dismantling of the political regime in Albania. Hoxha himself had been dead five years by then, and there’s something almost poignant about Kadare staying in Albania all through the dictator’s life, as though he couldn’t bring himself to leave his country and seek asylum elsewhere until its ruler had left it, too. Later, Kadare was offered the Albanian presidency (he declined, twice). They’ll be forever intertwined, these two famous Gjirokastrans: a symbol of oppression and a symbol of freedom.

END_OF_DOCUMENT_TOKEN_TO_BE_REPLACED

Hello from Albania, by which I mean Macedonia: this morning I checked out of my hotel in Peshkopi, Albania, where I stayed overnight, and took a taxi over the border and then two buses to Ohrid—boom boom, one after another, in lucky timing sequence. Ohrid sits on a large, deep lake of the same name. Somewhere I read that it was “the jewel of Macedonia,” and it’s just across the Albanian border. So here I am. My big agenda when I got here was to find a place to do laundry. It turns out the affordable places are closed for the weekend; the hotels will gladly charge daftly inflated prices, i.e. as much to wash three shirts as I spend on food in a day of travel here. I think I’ve got enough clean clothes to last me a couple more days, by which time I’ll be back in Albania. In the meantime, let me write about it a little.

END_OF_DOCUMENT_TOKEN_TO_BE_REPLACED

A writer’s writer — awful term. It’s damning, like putting a bird in a cage or a princess in a castle. There’s even “a writer’s writer’s writer,” applied to Elizabeth Bishop by John Ashbery, and by Terry Southern to Henry Green. I’m sure there are others. It is a high compliment and a virtual death sentence. It has not only to do with low sales but also high style: somewhat austere, perhaps, basically inimitable, with a certain difficulty or density or obscurity. Salter seems (at his best) to do more than his language suggests. Actually, it’s that his language is so often almost entirely suggestive, creating space around things, enlarging them. A Sport and a Pastime, his best book, is barely 200 pages long.

Maybe it’s risky or repugnant to say it’s his best novel. A Sport and a Pastime (1967) is an objectionable book, a secret book, a precious book, a notorious book. END_OF_DOCUMENT_TOKEN_TO_BE_REPLACED

1) Any book that quotes from Four Quartets, my favorite long poem, wins my prizes.

2) I like that every now and then she reminds you that many conversations rendered in English are actually taking place in German. It gives the whole book this great occasional (but very strong) sense of alienation and misunderstanding and exile, even loneliness (which is much of what Tiffany suffers from, I think). And it makes you see that Tiffany and Stephen don’t really understand one another any better, even though they’re both speaking their native English.

3) My objection to most younger writers’ books (that I read) these days is that they’re trying so hard to sound older than they are. Nell Zink is trying to sound a good deal younger than she is, which is harder. To some degree I’m sure this is just her voice (as demonstrated The Paris Review interview, which is almost as fun as The Wallcreeper), and I wish more people were talking about the voice. When I used to teach high school writers, a lot of them were obsessed with this. I always told them voice is the last thing any writer should worry about. But if I was going to tell them what “voice” was, I’d tell them to read this book. END_OF_DOCUMENT_TOKEN_TO_BE_REPLACED