This afternoon, when I was ready to go Randonauting, I picked up my phone to initiate the app. At that exact moment, the phone lit up with an alert that the app was experiencing a technical problem and was unavailable.

I wanted to go for a walk regardless and set out west from my house toward a part of Durham that is more affluent than the one I perambulated with Randonautica the previous day. After about fifteen minutes, I checked the app again and it was working. I chose an Attractor point and set “Research” as my intention. The route to the location took me over a freshly poured sidewalk: 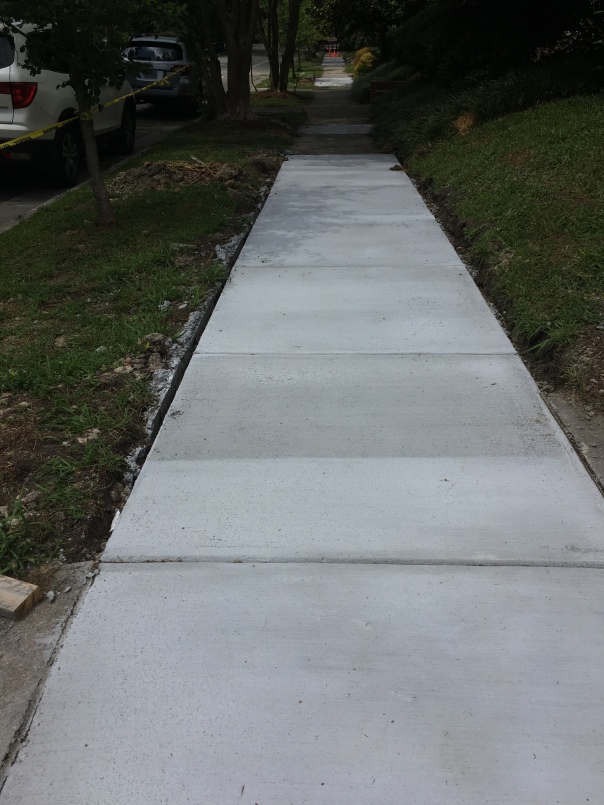 until I reached the destination: 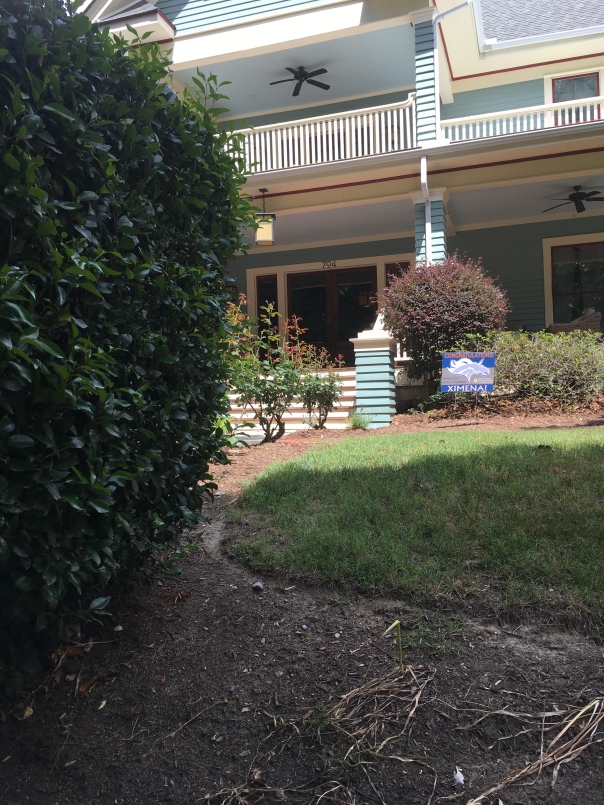 I know this house well enough. I see it across the street from the track where I often run: 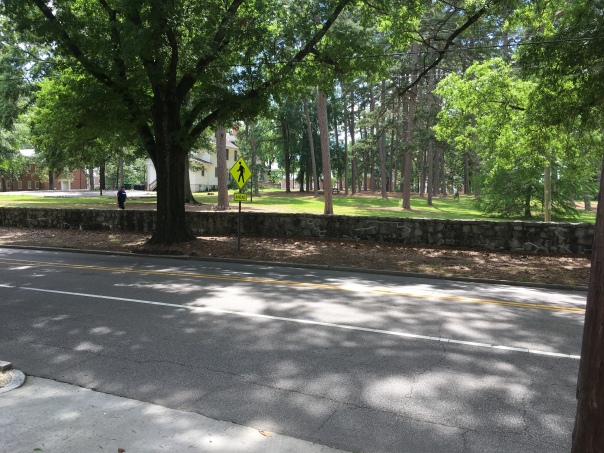 There was a man sitting on the porch. He’s hard to see in this picture. He is behind the green shrub in front of the left-hand pillar. 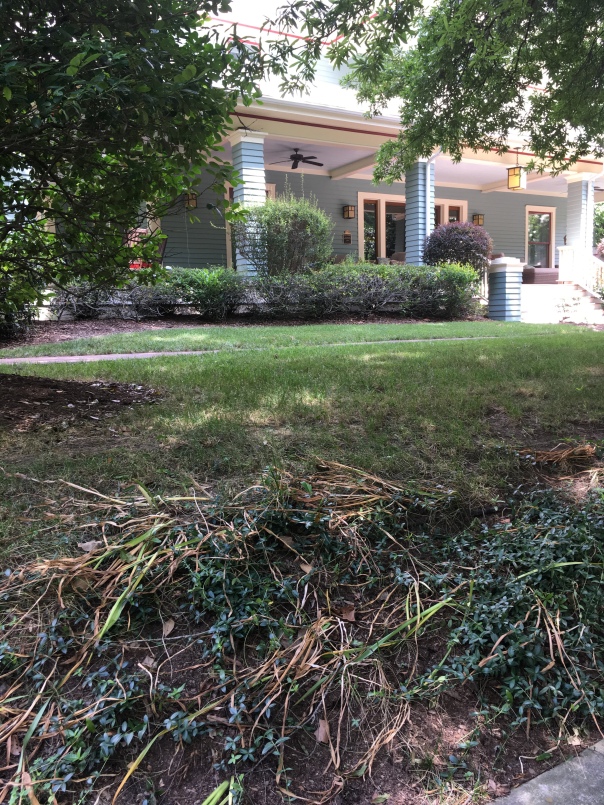 On the sidewalk in front of the house next door, this sign: 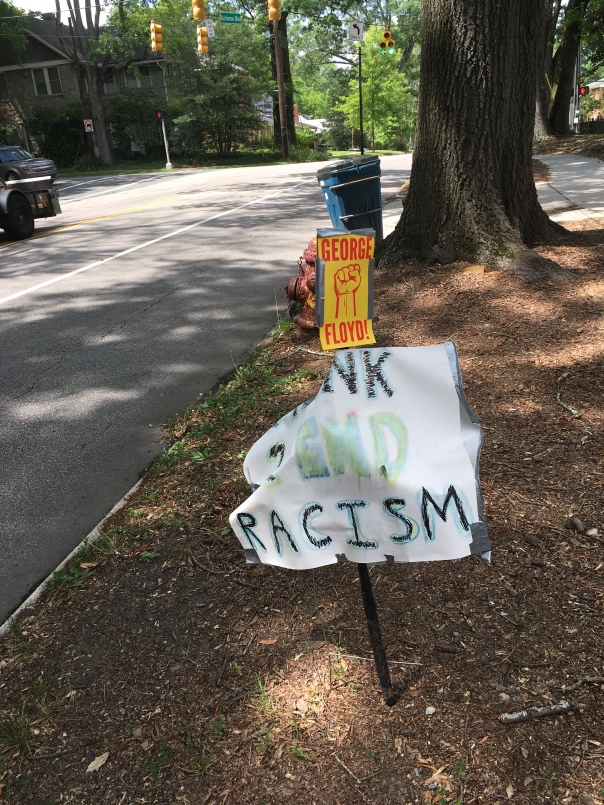 For the next destination, I chose a Void point and set “Home” as my intention because I was ready to go home. It was about a ten or fifteen minute walk to this address: 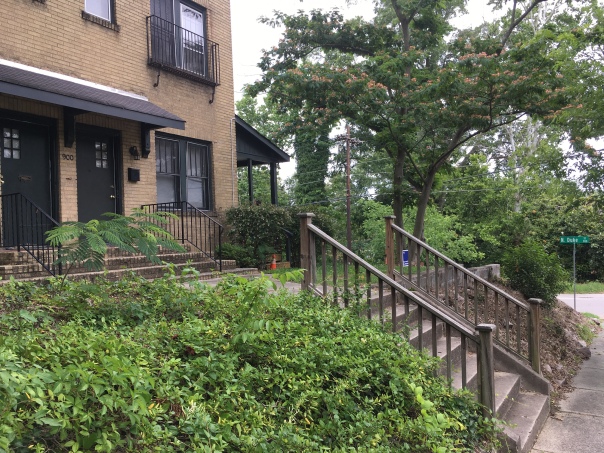 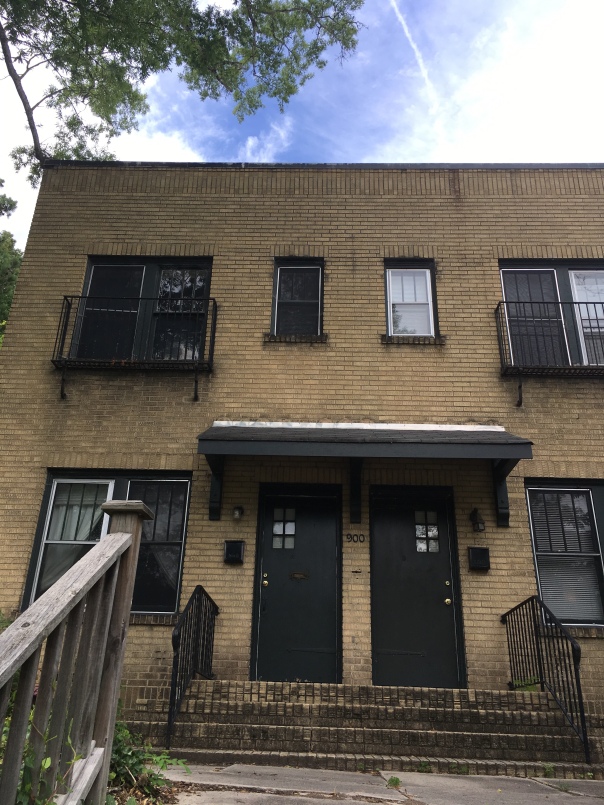 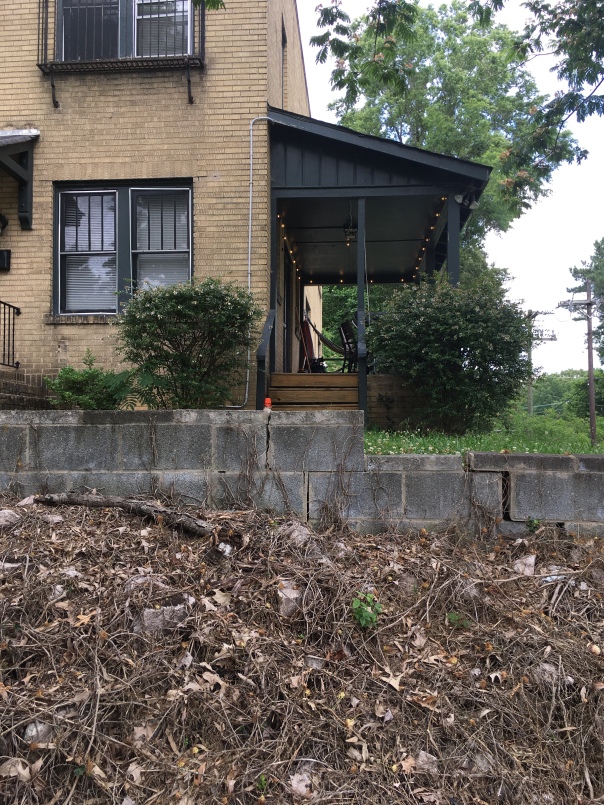 As at the first location, a man on the porch. This man was on his laptop and smoking: 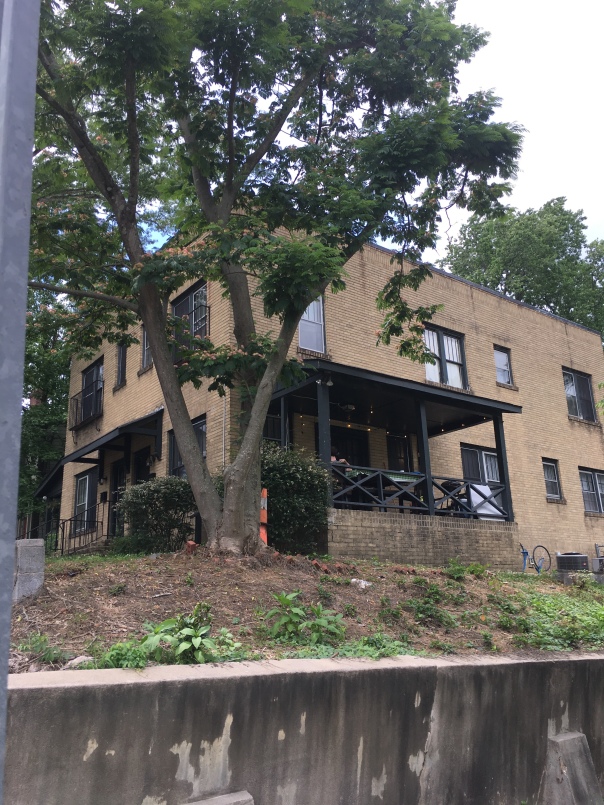 Across the street from this corner is where the road turns to gravel: 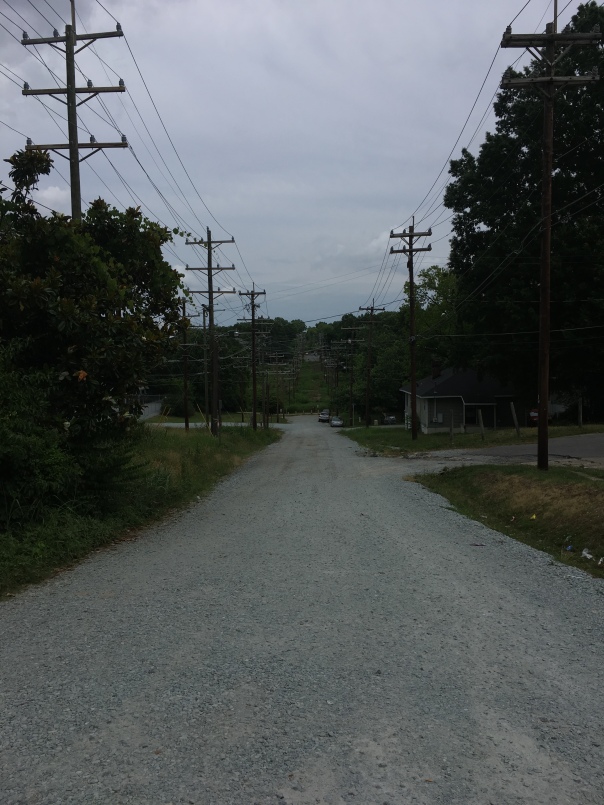 From the gravel, I turned to take another picture of the address, and now there was a woman on the porch, too, also smoking: 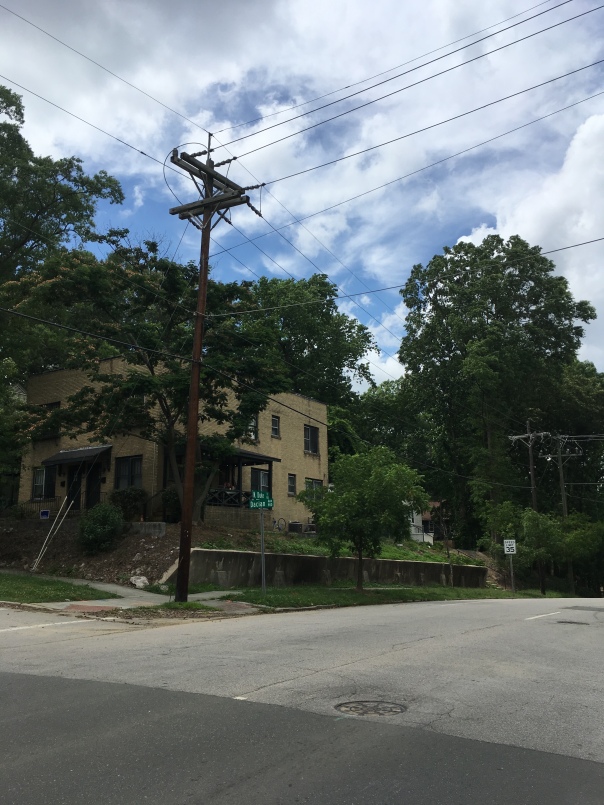 For the third and final destination, I chose “Anomaly” and set “Settle” as my intention. The address Randonautica chose looked almost familiar to me. I became somewhat excited. This was the house: 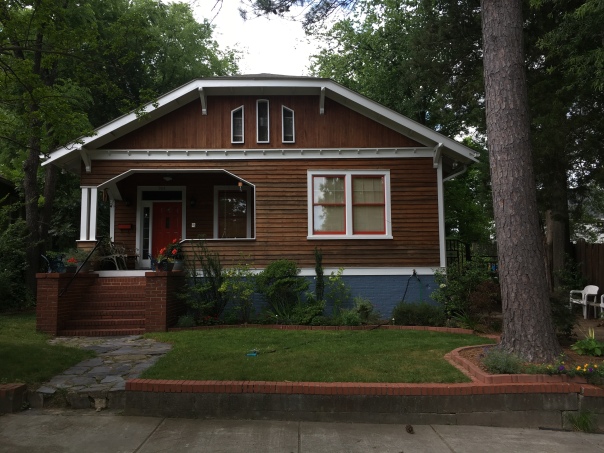 I realized that the address was almost familiar to me because it was one number different from a house I used to live in, across the street: 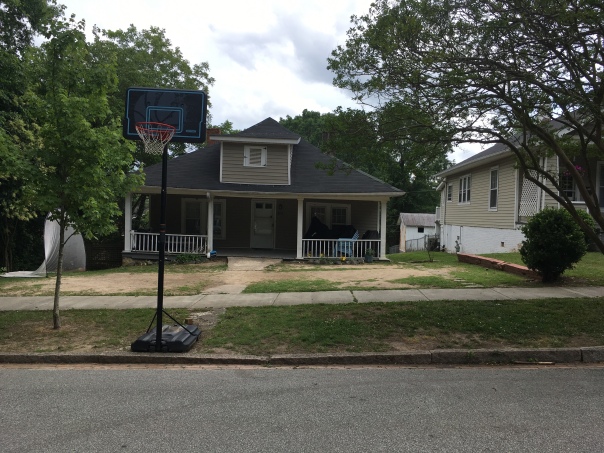 I moved into this house fifteen years and eleven days ago with my girlfriend at the time, whose birthday is five days from now. She had an apartment in the back. We lived in it for about five months: 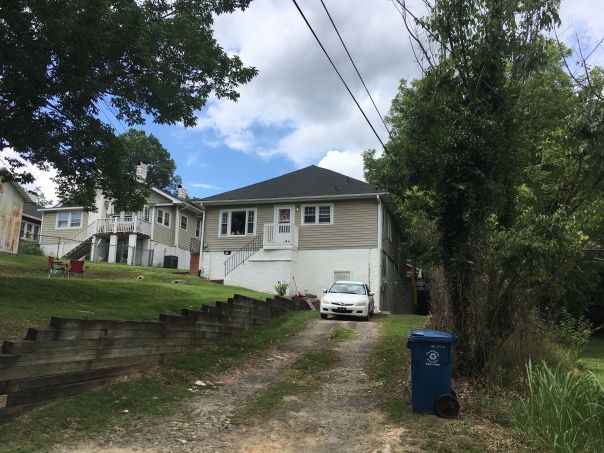 In the apartment complex next to it, a woman on the veranda, smoking: 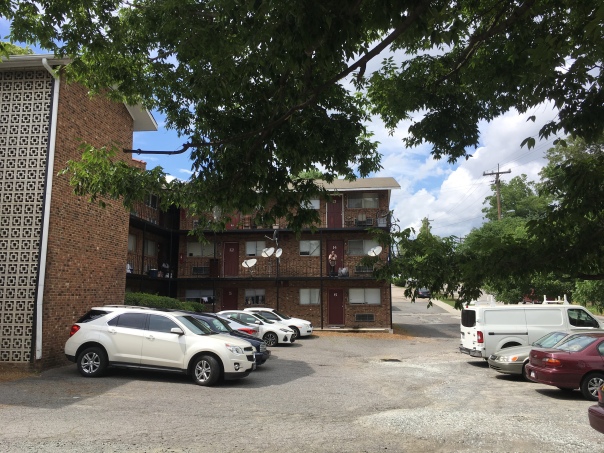