I was working from home this morning but the construction project behind the backyard—condominiums called “Eleven Durham”—was very loud. Mainly the noise came from a cherry picker beeping whenever it moved. This is a picture of it from later in the day, when it was farther from the yard: 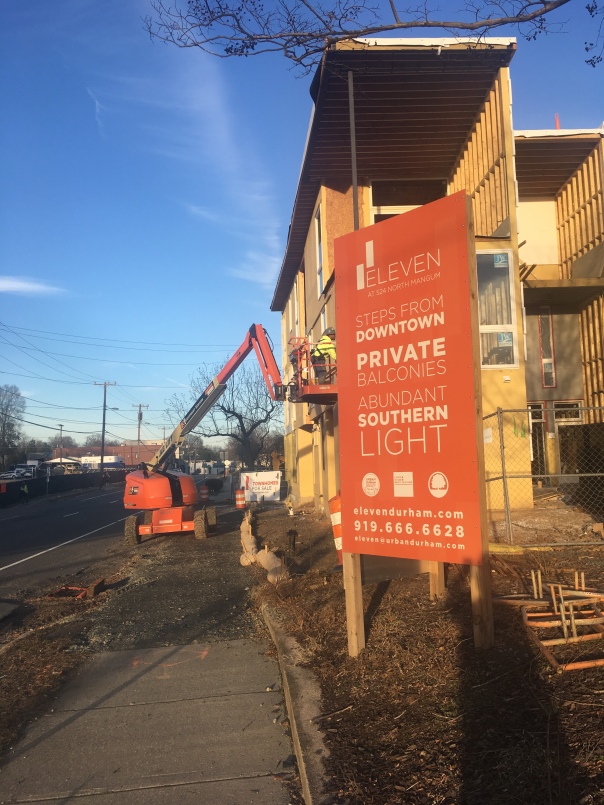 Your Own Garage; A Garden to Play in; Extra Money in Your Pocket:

I had asked them a couple of days ago if they would mind disabling the beeping function and they said they would disable it, but they didn’t. I wasn’t sure they understood English. I was going to ask again today but it was the same workers on the cherry picker and there was no one else around.

I couldn’t concentrate in my house over the noise, and it was a nice day, so I took my work to Level 7. 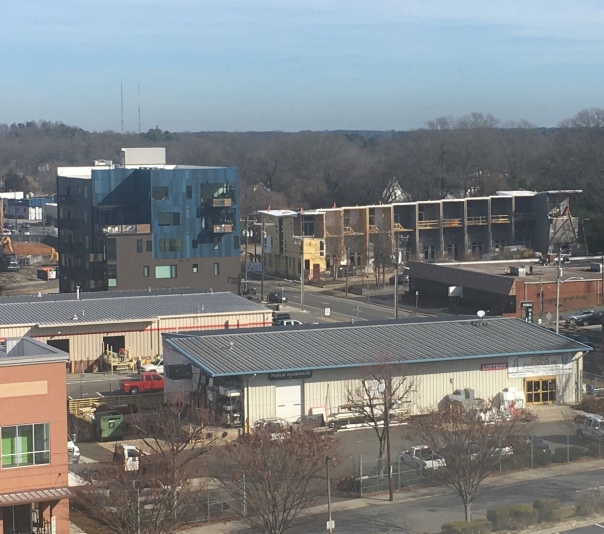 That is the construction project seen from the garage. I could still hear the beeping from the cherry picker.

This car is always parked in this spot: 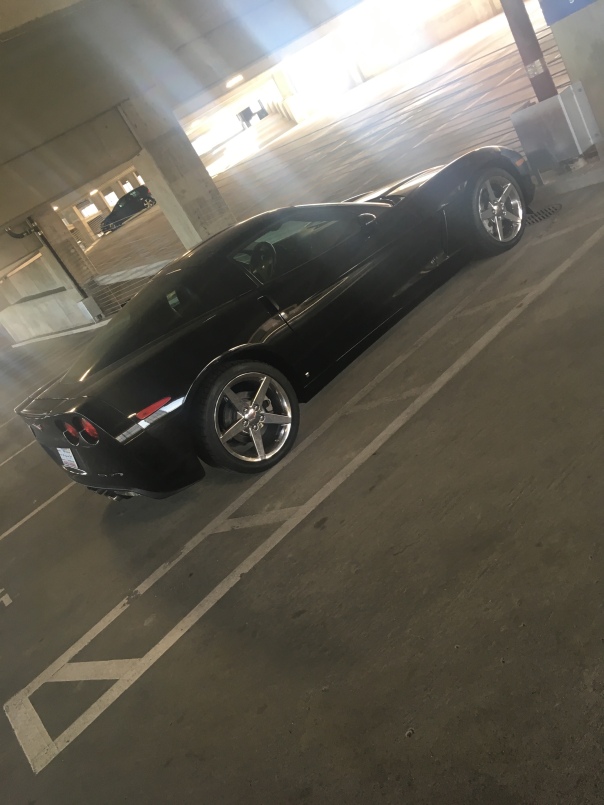 These cars are always parked in these spots: 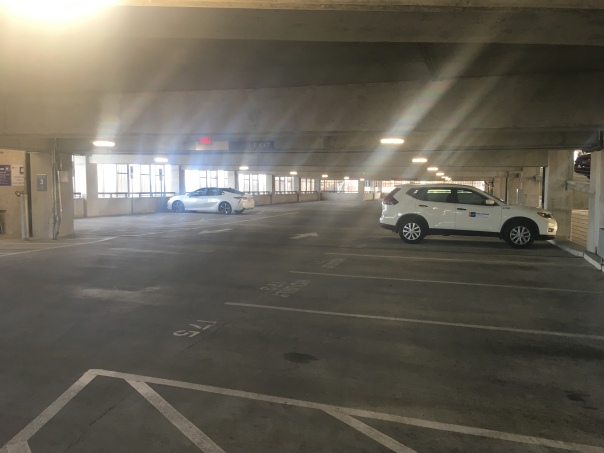 This hair band has been in this spot for several weeks:

Got comfortable, took off my boots, put my coffee in my boot: 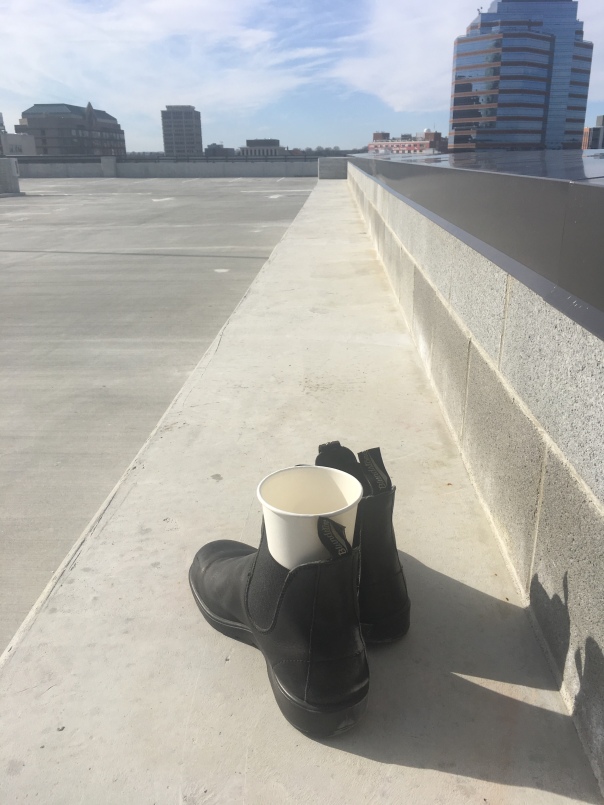 After a while, a man came out of Elevator 1 and spent some time on Level 7, taking in the view. Then a truck came up and parked. The driver stayed in the cab for about 45 minutes, facing another view: 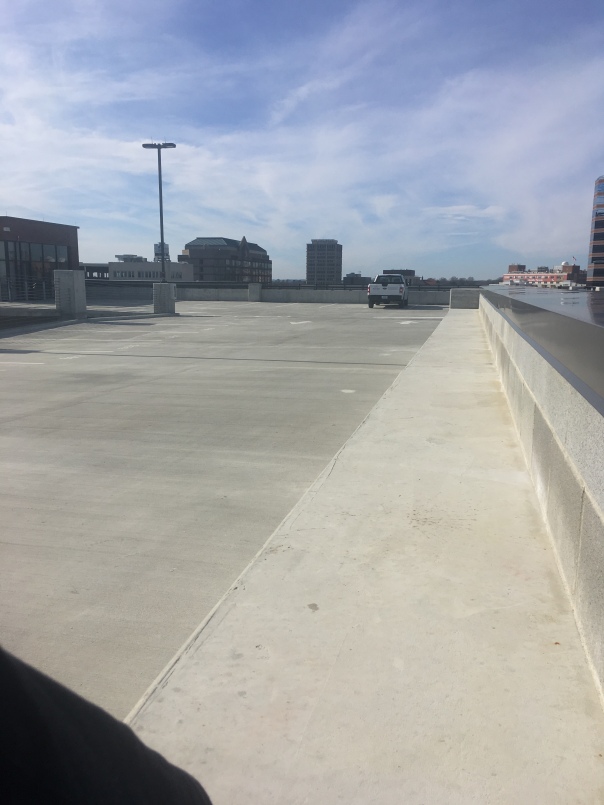 Later, I was alone again on Level 7, working on a manuscript, when an Allied Security Guard came out of Elevator 2. He approached me and said I couldn’t stay up here. I told him I often came up to Level 7. He said it wasn’t allowed. He said “they” saw me on their camera and told him to come up and ask me to leave. I said I was only enjoying the view. He said it wasn’t safe. He said a Security Guard had been killed in another parking garage.

I told him I would gather up my things and go. He said okay and left. A few minutes later, I left. 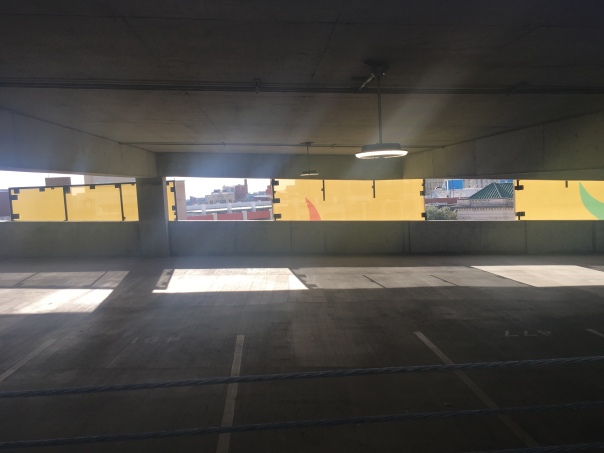 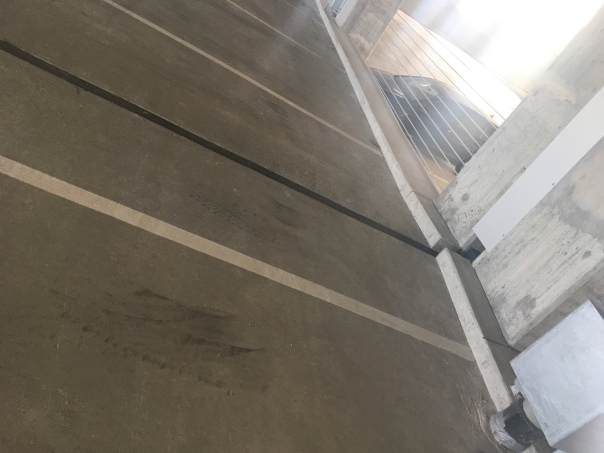